In contrast to my last couple of posts which were ostensibly about away-days, this is about a much meatier trip.  Although having said that, the manner in which it was planned and executed is still very much in the spirit of the Barefoot Bohemian.  I will also focus on the mechanics of the trip rather than on producing yet another tour guide, although a video of each location can be viewed at The Barefoot Bohemian channel on YouTube if you want a flavour on them. View the video here 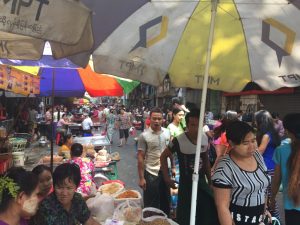 Having found myself with a couple of free weeks and deciding that I really needed to tick off some things from my bucket list (see the list here), I wanted to get the biggest bang for my buck, so it was either completing the missing Asian countries on my list or tackling a couple in Latin America.  Asia won – as so often happens with me.

The big Asian gaps were Laos and Myanmar (formerly Burma), and as I’d never been to Chiang Mai in Thailand and it is conveniently situated between the other two, that went into the itinerary as well.

I have built up a number of air miles with BA (Avíos points as they are now called) so I looked at flights to and from Bangkok. There were flights out but no air mile flights back to London in March or April.  So I booked a £200 flight to Bangkok (with some air miles) and a £20 (yes that does not have a 0 missing) return flight from Hong Kong 11 days later. Then I set about linking them up.  It involved lots of post it notes and numerous permutations but I eventually settled on an additional seven flights to complete the trip ( total cost about £350 which was less than half of the cost I was quoted by a popular flight company who wanted £750 for the same interconnecting trip). And ironically the cheapest way to fly was not west to east as you might expect, but east to west and then east again which shows the value of being flexible and checking all the options.

So the trip became London Heathrow to Bangkok.  Switch airports in Bangkok and fly from Bangkok Don Mueang airport to Vientiane in Laos.  Three nights in Vientiane.  Fly Vientiane to Luang Prabang in Laos and then on to Chiang Mai, Thailand.  Two nights in Chiang Mai.  Fly Chiang Mai to Bangkok then on to Yangon (formerly Rangoon) in Myanmar.  Four nights in Yangon.  Fly Yangon to Bangkok and Bangkok to Hong Kong before returning to London Heathrow.  Nine flights in eleven days with a total price of about £600 including air miles. 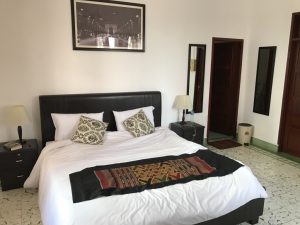 Room beside the Mekong in Vientiane

Next – accommodation.  Having experimented with Airbnb in Krakow, I thought it should be tested a little further in a couple of more remote locations.  It did not disappoint. I got a large spacious room with balcony on the banks of the Mekong in Vientiane, a similar sized and well-appointed room in the old city of Chiang Mai, and a reasonable but not as impressive double room – with breakfast – in Yangon (total cost for the nine nights – about £200). 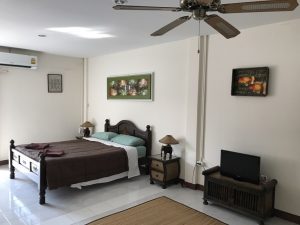 Room in the old walled city of Chiang Mai

A couple of other things to consider – transfers and visas.  Currencies, restaurants, and bars are no longer much of a consideration when travelling, given the proliferation of ATM machines and apps like Trip Advisor to help you find places to go when you arrive in a foreign country.  Airbnb hosts are remarkably helpful with information about their city and can advise the best way to transfer from the airport to the accommodation – with approximate costs so you don’t experience that ‘am I being ripped off’ feeling, actually you very rarely are but of course it can happen.  Visas for a U.K. passport holder are not required for Thailand, can be obtained on arrival in Laos and you can either get a visa for less than £20 for Myanmar, or if, like me, you are putting a trip together at the last minute and can’t wait the couple of weeks for your passport to be returned, then for an extra £15 or so, you can get an e-visa which was approved within hours and worked just fine.

Once the flights, visa and accommodation were booked, I could only foresee three tiny pinch-points. The first was I intended to do the trip without checked-in baggage. This became a little more tricky when I received an email from one of my chosen airlines informing me I was allowed two cabin bags – as long at their total weight did not exceed 7kg.  My challenge just got a little trickier. 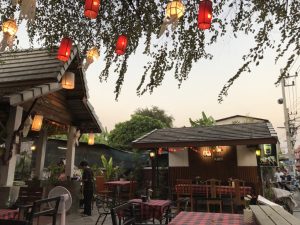 The second was my arrival into Bangkok Suvarnbhumi Airport was scheduled for 0930 and my flight to Vientiane left Bangkok Don Mueang airport at 1255, giving me 3 hours 25 minutes between flights. Immigration at Bangkok can be a slow process (about an hour), taxi queues lengthy (30 minutes) Monday morning traffic a nightmare (more than one hour journey) and Air Asia are quite strict on enforcing their policy of checking in at least 1 hour prior to the flight (potentially 3 hours 30 minutes).

The third was the Myanmar eVisa required an address in Yangon and stressed that it must be a hotel or a licensed guest house, not a residential address, so my Airbnb accommodation might be an issue.  I resolved this by finding a cheap hotel with a memorable name in the same area as my accommodation and used its name and address.  If it became an issue I could always double book there.

In the end, none of the pinch-points became issues.  I got my bag weight down to 7.5kg and for the first couple of check-ins I wore my headphones, carried my iPad and was prepared to load the heavier items into my pockets.  However, despite numerous signs and warning announcements about their weight policy, no one ever checked the weight or size of my bag, so my achievement of getting the weight down became only a matter of pride in knowing I can do it.  The transfer in Bangkok was simple. Immigration was the quickest I’d ever experienced in Bangkok meaning I was outside in time to catch the free airport transport bus at 1000.  This takes 60-90 minutes and saved me a taxi fare.  And – the visa address? I don’t think the immigration officials in Yangon even read my visa letter.

But a final reminder if you’re thinking of making a similar trip – because I forgot!  Make sure you change back your unused Laotian and Burmese currency because even neighbouring Thailand won’t touch it with a bargepole.  Still, if you forget you’ll already have some cash for your next trip.