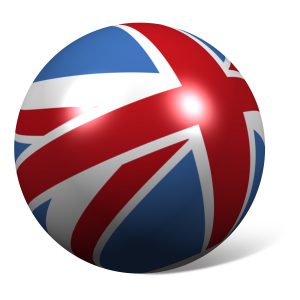 Things at St. Albion’s School calmed down a little in July, although not because of calls to ‘calm down’.  Never in the history of calming down has anyone ever calmed down because they were told to ‘calm down’.  No, it’s a little calmer because nothing has really happened, and as predicted in the last newsletter, it seems not much is likely to happen for some time.  This is because the people who wanted us out of the Confederation of Schools are now saying they need to talk to a lot of experts about the implications of leaving – something we’d all hoped had happened before they so strongly argued that we should leave.  I suppose these are not the same experts who clearly told us in May that it was not a good idea.  You remember, the ones Gormless Gove told us we’d heard enough from.  Meanwhile, the people who still want us to stay, clearly have a vested interest in dragging their feet until all momentum is lost, and we end up with some form of staying because by then it will be the best option (again as suggested in what is looking like a prophetic June newsletter).

However, there are some school events to announce, despite being so close to the end of term.  We have a new Head Girl, only the second in our history, and it’s Maggie ‘Mumsy’ May.  That happened after the most pathetic election in the history of elections.

First, Foxy Fox was thrown out – again.  It’s only a few years since he was the Shadow Prefect found to have over-claimed the most in expenses and then he resigned as a Prefect for allowing a male friend to see things he shouldn’t have seen. (More on him later).

Then Crabby Crab (no, they were not all named after animals) got a text telling him he needed to spend more time with his family, and less on his phone not to his family, so he dropped out.

Then, Gormless Gove was thrown out.  Now even his mummy, Lady MacGove, has stopped mentioning him in The Mouldy Murdoch.  But no doubt he’ll be back – they always are.  It seems failure, disgrace and embarrassment are never enough to end a career in politics – or football for that matter.

So that left two girls for the top job – Maggie May and Loathsome Leadsom.  Loathsome spent a couple of days getting most of the lies out of her c.v., refusing to tell anyone how much daddy earned, and then stupidly attacking Maggie for not liking children.  It was only a couple of days later that Loathsome decided she couldn’t hack it either.  And so ended the most bizarre game of musical chairs ever – no-one ever sat down but Maggie was left as the only one circling a single chair when the music stopped.  Not so much an election, or a coronation, more an only-one-left-so-you’ll-do result.

So with Maggie as Head Girl, she wasted no time in picking her prefects.  In a bizarre set of choices the most striking announcements were: No job for Gormless Gove, who stays in the lower desks; Foxy Fox, complete with chequered past, got picked; Pretty Patty was picked to be in charge of some after-school clubs she’d previously called to be scrapped; and most bizarrely of all, the school bully, Barmy Boris was back, only days after going home in tears and refusing to even try to be Head Boy – which is what he’s wanted since he was cloned.

There are two rumours circulating about this.  One is that Maggie has put Barmy Boris in a position where she can bollock him if we can’t pull out of the Confederation smoothly, but not close enough to be involved in talking to them – the giving-him-enough-rope / you-broke-it-you-pay-for-it rumour.  And the other rumour involves a cock-up.  Barmy Boris has been put in charge of school trips, which we call the Foreign Office.  Well, the rumour has it that when Maggie was writing her list of prefects with their roles she wrote F Off next to Barmy Boris’s name and the school office misunderstood and gave him the job.

Either way, it’s an interesting appointment but it’s impossible to ‘un-see’ that image of Barmy, complete with school flags and his trousers pulled into a wedgie, hanging on an aerial runway at a school sports day a few years ago.  It will, and should, haunt him forever.

Now a game of double-speak has begun, where everyone says what they think everyone wants to hear while meaning exactly the opposite.  It’s similar to the normal diet of lies, distortions, and misinterpretations that emanate from the School Council but linguistically slightly cleverer.  For example, Maggie, who didn’t want us to leave the Confederation, is running around saying Exit means Exit.   Can’t fault her on that one.  Stay mean Stay too, but it doesn’t tell us anything.  In fact, the head of English tells us most words mean what they mean because that’s how language works.

It’s all happening because it’s based on the flawed school vote we had, which purported to be a clear Yes-No decision, when in fact, there are shades of grey in both choices.  In other words, if we’d had a vote to ban caning it would be a clear Yes-No vote.  Unless we were suggesting banning it for all offences apart from those involving violence, for example.  In which case, it would have been clear in the vote.  This vote couldn’t cope with the nuances or shades of staying or leaving the Confederation.  We can’t ignore the Confederation altogether so we will have to have some kind of relationship with it, therefore it’s not really a Yes-No issue.  What conditions would be acceptable within the deal we end up with that would satisfy those who voted to leave?  That’s the ambiguity that Maggie is banking on to get her out of having to deliver what many people thought they wanted when they voted.  And after all, a school vote, or any survey, is always going to be flawed to some extent.  Surveys involve asking people what they think, when most of them are ill-advised about what to think, and others simply have not been thinking at all – and that includes both sides of the argument.  But as Maggie says: a vote is a vote, a result is a result and the future will be the future.

Meanwhile, the Alternative School Council is still in chaos and tying itself in knots by trying to out-manoeuvre each other by using the school rule book.  This is doubtless going to run into next term so I suspect this will have to be addressed in future newsletters.

On the sporting front, we have a new teacher to supervise the football after Wonky Way resigned. It’s Hagrid Sam – a safe pair of hands, a systems man and reliable.  He’s renowned for dodging relegation which means he’ll probably ensure we avoid dropping out at the group stage of the World Cup in 2018 but after that, he normally hands over to another manager who specialises in success so who knows if we will do any better than under Wonky.  It remains to be seen whether this appointment is enough to inspire our over-hyped players enough to turn them into winners.  It’s not promising, but if we didn’t want to bring in someone from another school, he was probably the best we had.

Our athletes are preparing to go to the Inter-Schools Games in a country where they have a virus which is a danger for unborn babies.  Believe me, there’s been an unprecedented rush on matron for those sticks you wee on from many of our girls’ team.  The other drama is that our team won’t be meeting many Russian competitors this year as most of them have been banned because some of them are accused of taking drugs.  It’s a shame it’s come to this, but it will certainly speed up the time it takes to get ready in the morning.  Last time the queues for the shaving points were horrendous, especially in the girls’ bathrooms.

If you enjoyed this newsletter from St Albion’s, please sign up at www.barefootbohemian.co.uk to be notified about new posts.  Your email will not be passed on, or used for anything else, and you can unsubscribe at any time.
Thanks.

This entry was posted in Reading. Bookmark the permalink.