Cheers. But Don’t Mind If I Don’t. 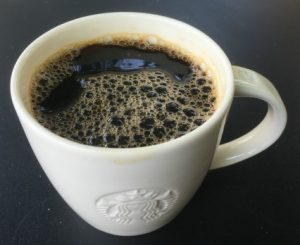 I’ve been considering stopping drinking alcohol for months now. Not necessarily forever, but for at least a few weeks, and afterwards, probably never returning to my pre-abstinence levels. What has prompted these cataclysmic thoughts?  A number of things really – some age-related, some health-related, some experimental.

Let’s get age out of the way first. For years I’ve believed that as you slide over 40 you can either have a late night, or a heavy drinking session, but not both; and my experience has borne that out.  So, even though I still think I can hold my own drinking alongside others half my age, (don’t we all?) it undoubtedly takes me longer to recover. And to quote the American civil rights activist Fannie Lou Hamer: “I’m getting sick and tired of feeling sick and tired” after a heavy night. Instead of losing a couple of hours to a hangover, I can lose most of the next day to not feeling 100%.  Although there is an interesting aside to this effect, in that it does depend on what I drink. For some inexplicable reason, I have developed an intolerance (in quantity) to my favourite tipple – Aspalls cider. A couple of pints and I struggle the next day whereas 5 or 6 pints of a different, arguably inferior, brand and I’m fine. It’s not the strength of the brew and it’s not the quantity, but it’s definitely happened. I’ve even contacted Aspalls to see if their recipe or brewing methods have changed. But they were unable to explain the effect, or why it’s suddenly developed. If anyone can shed any light on this I’d be interested to hear it.

On to health. At the moment I have an injury which is preventing me from running so I’m starting to put on a little extra weight. I eat pretty healthily and so one of the most obvious sources of unwanted calories is the sugar in alcohol. According to various websites, there are about 275 calories (16 grams, or about 3 teaspoons of sugar) in a pint of draught Aspalls. This compares to about 190 calories (18 grams, or 3.5 teaspoons of sugar) in a pint of draught Strongbow;  or 110 calories (20-25 grams, or 4-5 teaspoons of sugar) in a single Gin and Tonic.  Clearly, this is mainly in the tonic water so a slimline tonic has less sugar but then you open the can of worms that is aspartame, and you really don’t want to go there. I have quoted the statistics for cider because I can’t eat wheat, so that rules out most beers, but for the record, some real ales can contain as much as 9 teaspoons of sugar, and a bottle of white wine contains about 700 calories, so there are no real good guys in the alcohol world as far as controlling calories go.

The third ‘reason’ is my compulsion to try things to see what will happen, even if that means using my body as a lab rat. I suppose it’s the same faulty gene which has made me run four more marathons after I swore I’d never do another. (See my earlier post about testing a weekly diet which resulted in a significant weight loss – although the results of this experiment do raise the question of how much dropping alcohol was responsible for that weight loss).

So why do I drink, anyway? Convention, social pressure, habit, ease of ordering and I like that slightly spaced out feeling you can get as the alcohol gets into your bloodstream.

So 5 weeks ago I stopped drinking alcohol. I didn’t cut down.  I didn’t stop during the week and then drink Waitrose dry at the weekend.  I genuinely stopped.  This included the week I was at Glastonbury, which anyone who’s been will know is no mean feat as drinking is part and parcel of the festival experience.

By far the biggest ‘problem’ was social pressure, having to constantly justify why I wasn’t drinking, putting up with the jibes and comments about not being able to run with the big dogs anymore etc. etc.  Predictable, I suppose, and I dish out enough I have to suck up my share when the tables turn, but that might be a little surprising to women, who, by and large, take a much more sensible approach to most things.  Still, after a couple of weeks, the humour wore off but so did the effect it had on me and it just served to make me more determined to continue.  I did wonder if I was still the same sparkling company sober as I am when I’m drinking but I’ll leave others to be the judge of that – and to be honest, I don’t really want to know.

I drank a little more coffee than usual, perhaps subconsciously in search of some form of buzz, but I suspect more because I don’t really like most soft drinks so I ordered coffee when faced with choosing a drink.

The main health benefits were that I obviously didn’t have any symptoms of a hangover and I have lost some weight.

When I started, I weighed 12st 6lbs  (79kgs), a week later that had fallen to 11st 11lbs (75kgs). The following week, there was no change (this week included a three-day birthday trip to Valencia so you can imagine healthy eating was not a top priority). At the end of four weeks, my weight was still at 11st 11lbs (75kgs) so no further losses but I’d maintained the lower weight. This is interesting and suggests that dropping alcohol can shed a few pounds but it’s not a weight-loss programme in itself.  I should make clear that during this period I did not change my diet, eat less, or do any exercise other than my usual daily hour-long dog.  I simply stopped drinking alcohol.

All in all, I’m happy I tried it, pleased I managed it, relieved I know I am in control of my drinking and glad I’ve lost a few pounds. I found it much easier to go without than I thought it would be, so I guess I’ve proved I wasn’t on my way to becoming an alcoholic. In fact, it’s become so easy and routine to order a soft drink that I’m aware I might be creating a habit I feel obliged to continue – that’s the obsessive-compulsive, stubborn gene again!  How long could I keep it going?

So, enough is enough. I’m going to start drinking again.  I don’t feel the health advantages are significant enough, the weight loss consistent, or the hassle of not drinking worth continuing. And when all is said and done, I do enjoy the odd pint.

This entry was posted in Lifestyle. Bookmark the permalink.